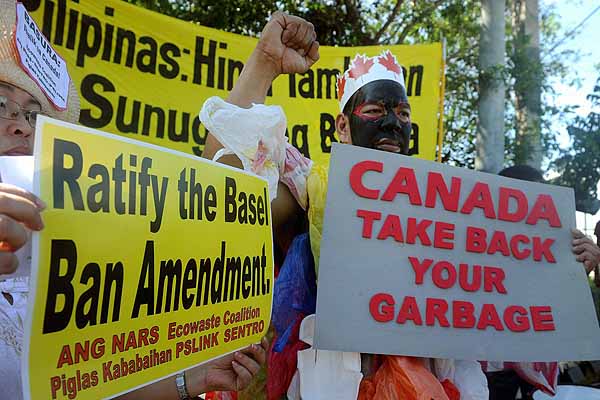 The Philippines has recalled on Wednesday, May 15, its ambassador and consuls to Canada after the Canadian government failed to comply with the May 15 deadline to take back the tons of garbage which was dumped here back in 2013.

Foreign Affairs Secretary Teodoro Locsin Jr. said that Philippine ambassador Petronila Garcia and consuls to Canada are expected to be back in the country in a day or so. Locsin added that the Philippines shall maintain a diminished diplomatic presence in Canada until its garbage is ship bound there
The Filipinos in Canada consist of naturalized Canadians, permanent residents and temporary foreign workers numbering about 901,218. The 2017 data show that remittances from Filipinos in Canada totaled over $644.4 million.

Not All Good Fruits Get Contaminated by Rotten Ones