COVID 19: Leveling factor in our society- “We are all even.”

Rod Cantiveros
ISSUE » Vol. 34 No. 06
POSTED IN » Columnists, The Republic of Adobo 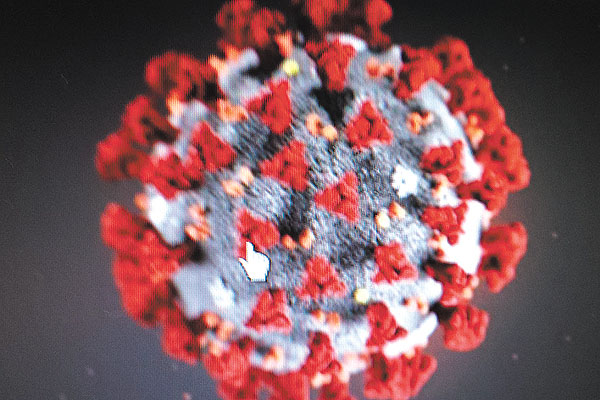 “We are now even,” comments a woman while she waits for her order at a fast food centre, at the height of the spread of COVID 19. “Millionaires, movie stars, minimum wage earners and the homeless have the same fear of catching this virus.”

Are we all at the same level of fear? Nobody is ahead nor at the tail in this quest for survival?

And in Canada, we have been blessed with the availability of what we need. Products from the tropical countries are very abundant, and being a Filipino-Canadian, we are contended to enjoy life by enjoying the food and products available in the many supermarkets, as if, we were in the Philippines. It is a way of life away from our native home.

And due to the progress being enjoyed by millions there are also poor people in many third world countries in the various parts of the world who are not so blessed, who are suffering from food shortage, from financial inequity, from corrupt officials who have been feasting as other members of their society are suffering from hunger.

And behind this narrative of hardship, the mercurial rise of many billionaires, millionaires, and money people, the unprecedented growth of the middle class, the upliftment of some sectors in our society, leading to them to enjoy their lives to the fullest.

Compared with the two former world wars, this current war against an invisible enemy has kept everybody at bay. From the highest command posts to over-bearing and dedicated medical officers and staff, everyone seems to work hand in hand, orchestrated by the daily briefings and implementations to enhance a sane and civil society.

As being explained by Bill Gates in 2015 in one of the meetings of the world leaders, said that the war will be facing is not a war of tanks, of bombs but against a small microbe that is more fatal than the nuclear bomb. And yet, most of the leaders in the world focus on increasing the war chest, instead of focusing to combat this invisible enemy, increasing the budget with the formation of brilliant scientists who will be the front liners to find ways to defeat this invisible enemy. Gates even had to show the “mushroom-like explosion” of the bomb as against the enlarged picture of the virus, like the Corona Novel Virus! And this virus will annihilate everyone, no exception.

And the reality of this small microbe to distraught the sanity and civility of our current society is felt worldwide.

Governments officials are frantic on how to contain the spread of the virus. Mobility of the people is totally affected, stocks at the many stock changes are experiencing a lowdown, manufacturing and distribution of goods and services are becoming erratic and irrational, and in the various media outlets, we see many cities and towns are becoming ghost towns as if the many years of TV series of “Life After People”…So eerie, so baffling to see how people react, how people are fearing to be afflicted by this virus.
And as I remember what the woman said, by her own feeling of fear: “We are all even.”

Yes, we are all at the same level of survival, no matter how powerful or rich you are, we are facing the same invisible enemy. Everyone is a warrior fighting for survival!

And at this point, we are so weak and engulfed with fear. And if you are overwhelmed with so much fear, you might have a feeling of low faith.

And if I had time to answer this woman, I would say: “We are all even in faith to survive, for God provides.”

Is the Philippines Really Becoming a Communist Country?