The Best Boodle Fight Was In Our Backyard!

To add flare to the boodle fight, Munchie’s Chef Matty Matheson from Keep It Canada dropped into Winnipeg to experience some authentic, home-made Filipino food.
After reeling in a 34’ master angler on the Red River by Lockport, he offered to cook a “Made in Manitoba catfish longanisa seafood paella” for the boodle fight. The special jumbo longanisa from Chef Hot Rod added to Chef Matty’s paella was a combination made in heaven.

After a day of running to supermarkets, prepping in the kitchen and cooking in the backyard, the made-for-TV boodle fight was starting to take shape. One thing everyone learned was how to fake eating for a TV show. That was such a tease with all the food on the table.

Surrounded by family, relatives and friends, we had put together an amazing spread of food. Mission accomplished as Chef Matty’s Instagram photo of the boodle fight blew up! “Winnipeg is LIT” quoting his Instagram post.

That’s it for now. We’ll save the other surprises when Keep It Canada’s episode about Manitoba airs online in a couple months. Until then, stay tuned for more Filipino culinary adventures in Winnipeg. 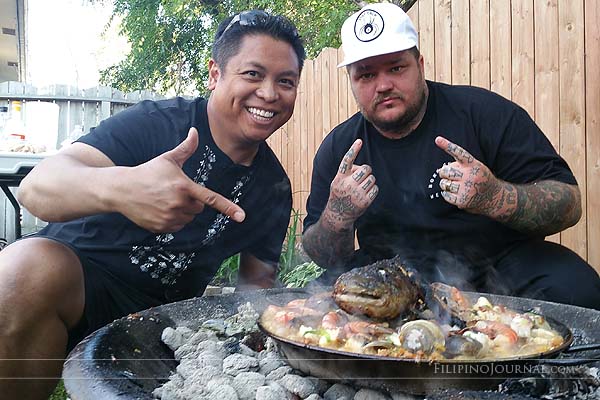 Who is afraid of China?

Angel Aquino supports legalization of marijuana for medical use