Outside the Burton Cummings Theatre, the temperature dropped to minus 36 but inside the theatre, the “Show for the Philippines” was a musical extravaganza! A handful of talented Manitoba artists came together for one evening to share one stage for one important cause. They would spend an evening to share their time and talent to raise funds for the victims of Typhoon Haiyan.

And it became more heated inside the theatre when Ace Burpee announced that the show had raised $100,000 for the victims of Haiyan typhoon, a feat attained after a short planning of the musical extravangza!

(SHOW) for the Philippines was hosted by 1031 Virgin Radio’s Ace Burpee. The program went smoothly with his unique sense of humour, as he commented on the largest Filipino flag in Canada as a backdrop for the evening. His spontaneous adlibs enlivened the show.

All the performers who donated their time and talent had shown so much high caliber entertainment, albeit a short notice by the producers. Forget Saturday Night Live or Broadway, you were listening to the songs and antics of local great talents. We were proud to be Manitobans.

Larry Vickar, CEO and president of Vickar Autogroup, with his wife, Tova, together with their sons, Sam and Steven Vickar, and Rino Attardo and the more than 80 staff members, were on stage to present the $30,000 donation to the Red Cross.

All concert proceeds will go toward Canadian Red Cross relief efforts in the Philippines. (SHOW) for the Philippines raised approximately $50,000 during the concert. Additional donations are still being collected and as of printing, over $60,000 in donations have been raised. All money raised before December 23rd will be match dollar-for-dollar by the Canadian Government. 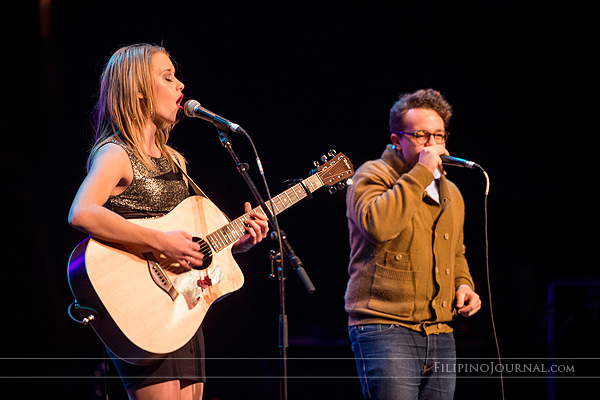 So many cars, so little time!

Celebrates the Holiday YOU!!!