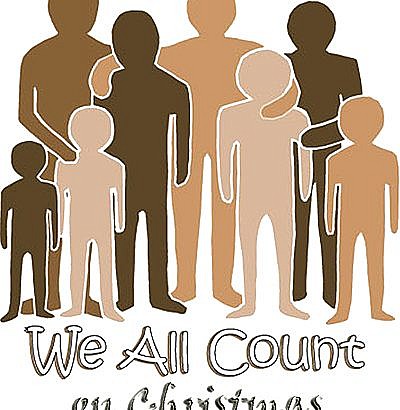 (On the Universality of Christmas as an Annual Sociocultural Festival)

Many people think that the Christmas season is reserved only for Christians or those whose religions are offshoots of Christianity and believe in the existence of the God—such as Roman Catholics, Born-Again Christians, Mormons, members of Iglesia ni Cristo, El Shaddai, Aglipay, and many more. The reason behind this is the insistence of many Christians that the main theme in celebrating Christmas is the commemoration of the supposed birth of the God whom they believe created them and the entire world. This may be one of the origins of the occasion, but it should not be considered exclusive and the only reason to celebrate Christmas. Because of this claim, many non-Christians and non-believers shy away from Christmas or feel awkward when deciding to celebrate it after all. They feel left out. They feel that this is not for them; that they are excluded; for how could they celebrate the birth of someone whom they do not believe to exist? Thus, it’s about time to change our perspective in celebrating Christmas. We should start being inclusive rather than being exclusive. After all, the basic goal of the event is to celebrate sharing, understanding, and embracing everyone regardless of race, belief, and religion or the lack of this.
If we view Christmas as a strictly religious event, then it defies the concept of respect and tolerance which is what the season is basically about. By treating Christmas as a sociocultural event, we become non-exclusive and more respectful of others who have different sets of beliefs.

The Better Meaning of Christmas

In the passage of time, Christmas should no longer be regarded as simply the birth of the God many people believe in. It should be more than that. Of course, Christians may continue celebrating it to commemorate the birth of their God. But they should not expect others to share this sentiment. They should not insist their beliefs on others, alienating the latter in the process.

Christmas would be better celebrated as an annual sociocultural event whose main purpose is giving, sharing, and fostering goodwill and camaraderie among families, relatives, friends, neighbors, and even strangers on a backdrop of festivities involving food, drinks, gifts, music, fireworks, get-together meals, and shopping for new clothes and other stuff. This non-religious approach of celebrating Christmas is more universal, practical, humanistic, non-exclusive, and non-discriminatory.

Or, in Simple Words

The Christmas season is best celebrated as a sociocultural event whose main purpose is giving, sharing, and fostering goodwill and camaraderie among humankind—an approach which promotes universality and individualism and eliminates religious and racial discrimination.

‘Bourne Legacy’ to shoot in different places in Metro Manila