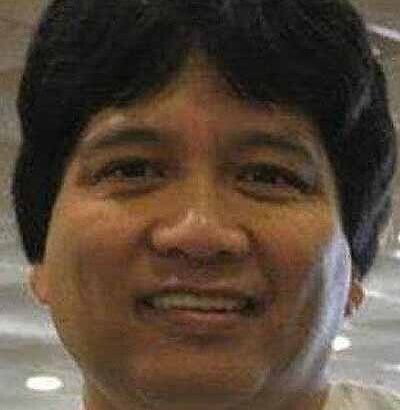 Two years after Eduardo Balanquit went missing on June 4, 2018, Winnipeg police is once again asking the public on any information that will help find him.

The homicide unit is investigating the case, and believes Balanquit was a victim of a crime when he arrived for work at a business in the 300 block of Keewatin Street around 6 p.m.

Information about a blue 2010-2015 Ford Escape SE that is believed to be involved and was in the area of Balanquit’s work when he disappeared, is one of the leads that the investigators are looking for.

The said SUV travelled to Arborg Manitoba soon after Balanquit’s disappearance so police is reminding residents in between Winnipeg and Arborg to be mindful of any unusual items that could be relevant to the case.

“We highlight this case once again because we know someone, somewhere knows more about what happened to Eduardo. We’ve taken important steps forward with this investigation, but we appeal to the community to help us close this case for Eduardo’s family – for the community. We need your help.” said Sgt. Wade McDonald of the homicide unit.

Balanquit was 59-years-old when he disappeared, and is around five foot four and weighs around 155 pounds.

The last 2 years have been difficult for Balanquit’s family and pleads with the community to provide any information they may have.

Unknowingly, the Filipinos celebrate Independence Day with a smell of blood