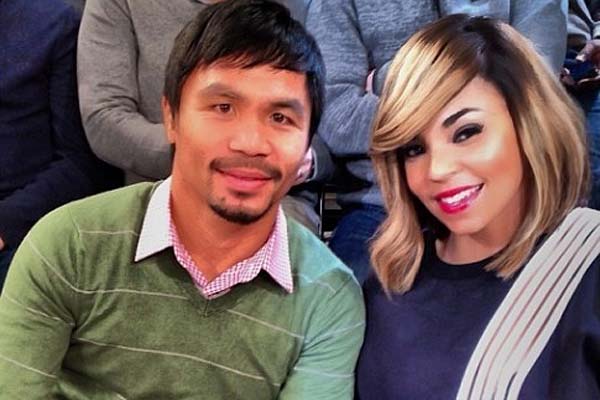 Manny Pacquiao confirmed that American singer Ashanti Shequoiya Douglas will sing the national anthem of the United States in his rematch with Timothy Bradley at MGM Grand Las Vegas in Nevada on April 12.

Earlier, the 33-year-old Ashanti posted a photo of her and Pacquiao in her Instagram account during a chance meeting at a basketball game.

Ashanti is most famous for her 2002 debut album which featured the hit song “Foolish.” She has also a string of hits such as “What’s Luv?”, and “Always On Time.” In 2003, Ashanti won her first Grammy Award as Best Contemporary R&B. In 2004 she again won the Grammy with her album “Chapter II.”

The singer is a fan of the Filipino boxer and reportedly has Filipino roots on her father’s side.

Falling in love with Churchill

Multiple quakes in Batangas part of a “swarm”