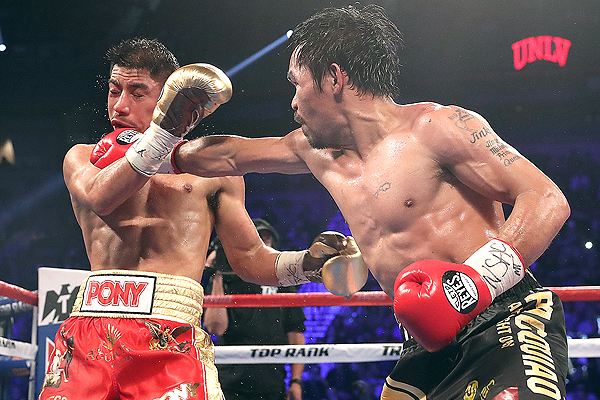 At 37, he is the only boxer to win world titles in eight different weight classes. On Saturday (Sunday morning in Manila), he will be facing the younger and taller Jessie Vargas, the reigning WBO (World Boxing Organization) welterweight champion, in their title showdown at the Thomas and Mack Center.

Pacquiao lost twice in 2012, against Timothy Bradley and Mexican pugilist Juan Manuel Marquez. He rose from the grave to win successive ones against Brandon Rios, Timothy Bradley and Chris Algieri; leading up to his historic encounter with Floyd Mayweather Jr. in May 2015.?He lost on points then admitted he fought Mayweather despite a shoulder injury he aggravated in training just two to three weeks to the fight. Pacquiao underwent surgery and 11 months later he faced Bradley for the third time. He sent the American down twice en route to a unanimous decision. Then he announced his retirement from the sport.? Now he’s back in the ring, after being elected senator last May and seven months after he announced his retirement.

This time Pacquiao does not have a guaranteed purse and his earnings will depend on how it sells. Therefore he has to be impressive against Vargas by scoring no less than a knockout. Being impressive in the Vargas fight should help Pacquiao regain the pull in seeking the bigger fights and the bigger purse, and maybe luring Floyd Mayweather Jr. out of retirement, and face him in a rematch. 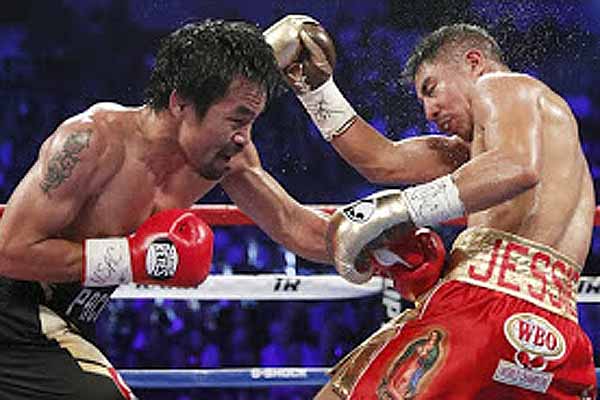 Acid test of the polarization of the American election

Are Duterte and Trump the new normal?